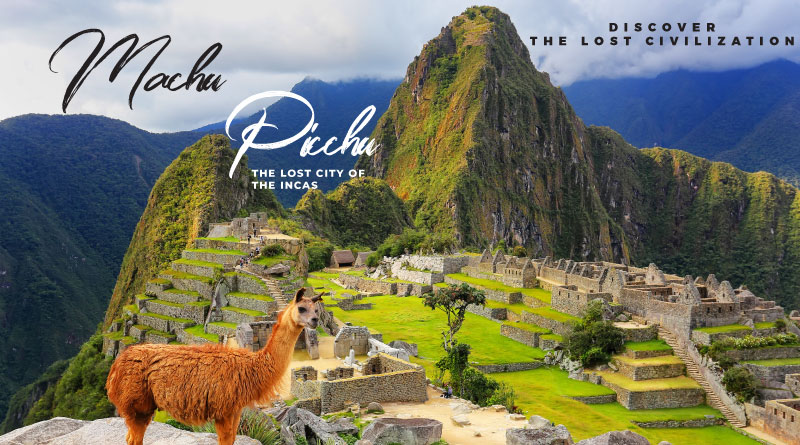 Hidden in the valley of the Andes, the Lost City of Machu Picchu was once the beaming grail of the Incas. It tells the story of the greatness of the ancient civilization that is now lie in ruins against time, making it one of the wonders of the ancient world. Its discovery has given us the insight to the history and how civilized the Incas were. The city location and city plan were wisely organized to allow harmony between people and nature. Although the city is lost in the modern world, the ruins of Machu Picchu still welcomes adventurous visitors every day, and many have listed this lost city in their bucket list. Machu Picchu holds the wonder nature and South American culture, and getting there can be its own journey through the valleys of the Andes.

Traveling to Machu Picchu requires will and physical strength! Since the lost city is 9,000 – 12,000 feet above the mean sea level, getting your body ready for extreme condition is necessary. Traveling route also has to be carefully planned as it will definitely not be a walk in a park, but that’s the magic of the journey to Machu Picchu. 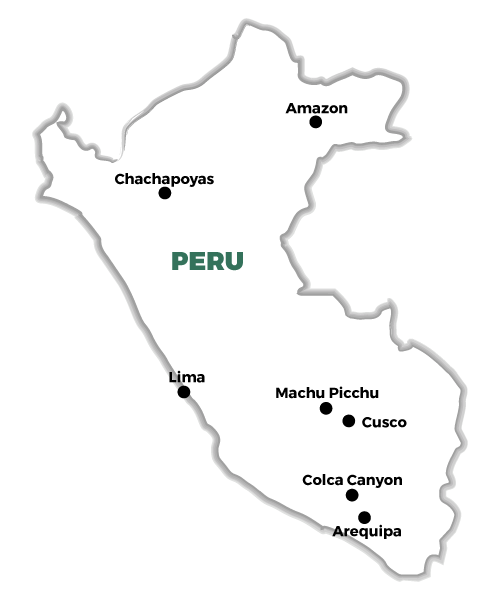 From Jorge Chávez International Airport, Lima, travel on a domestic flight to Cusco (by Latam Airlines or Avianca Airlines). Then take a bus to Ollantaytambo, followed by a train ride to Aguas Calientes, the gate to Machu Picchu which requires another 6-8hours to the lost city.

The greatness of the Inca Empire stretches beyond its border. Trails of its amusing history are found hundreds of miles away, and they are never less interesting than the Machu Picchu itself. Before you head straight to the crown jewel, make some time to explore the cultural and religious attractions of the Incas and make the most out of this eye-opening trip to Peru. 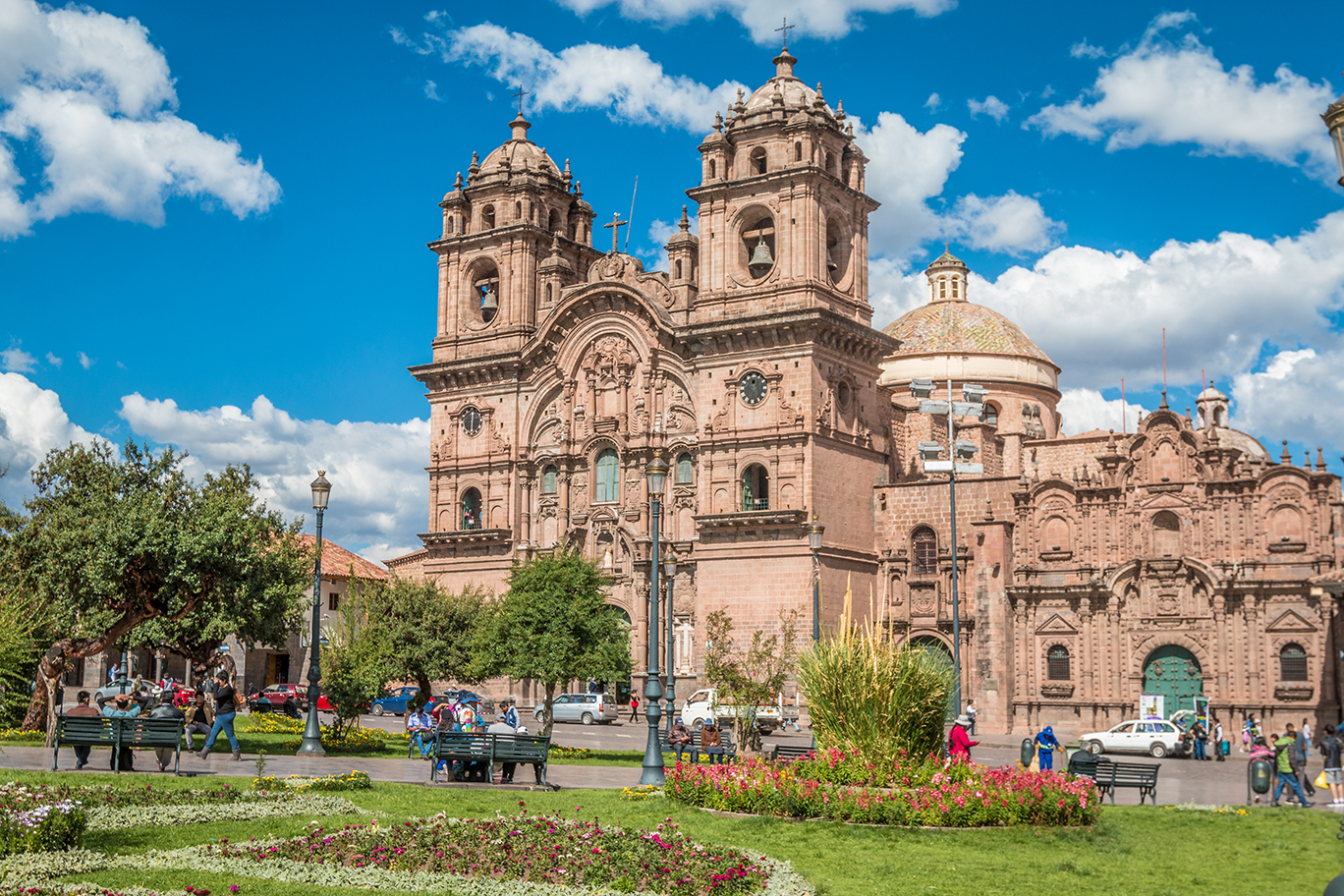 Famously played the role of the capital city of the Inca Empire in the 15th century, Cusco came to its downfall when the Spanish landed on the shore of South America. The Spanish has a great influence on the appearance of the city today, with the Plaza de Armas sitting in the city center surrounded by prosperous European architectures. The square isn’t just a tourist attraction, but it’s where locals and tourists catch their rides to other cities as well. With the altitude of 12,000, Cusco is almost 3,000 meters higher than Machu Picchu, so traveling to the lost city means less high-altitude sickness – a big plus for the adventurous travelers! 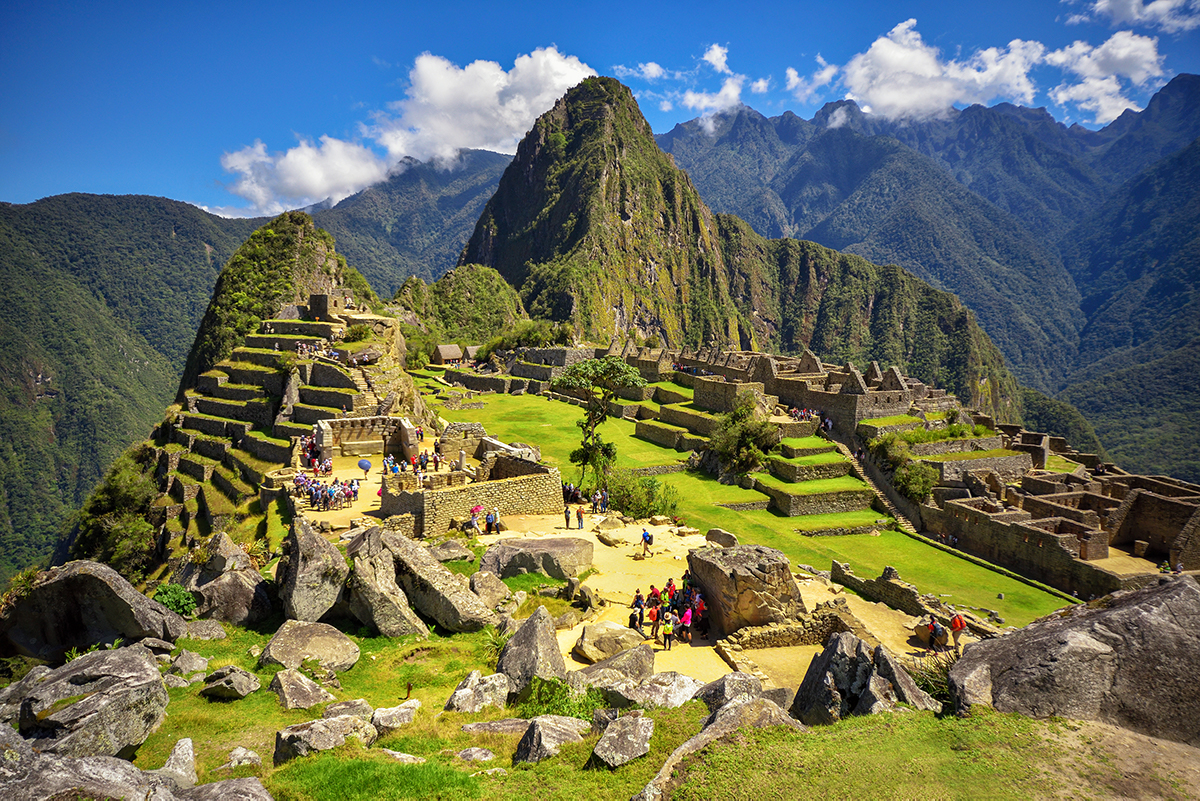 As an ancient Incan agriculture town 20 km away from Cusco, the valley of Pisac has the fresh air, rich soil, and plenty of water from Urubamba River. Besides the plain at the bottom of the valley, hill slopes are also transformed into agricultural terraces to produce a sumptuous amount of food for the great empire.

Walk like a local and eat like a local at this traditional Peruvian fresh market where you’d find seasonal fresh produces and local delicacies. The Sacred Valley holds the mystery of the ancient traditions. The valley is 14th century ceremonial ground, residential settlement, and the largest Inca cemetery. Rocks and stones are the foundation that made the temples and the agricultural buildings in the valley. The Sacred Valley runs over 100 km along the Andes from Cusco all the way to Machu Picchu. Situated in the Sacred Valley northwest of Cusco, Emperor Pachucuti named Ollantaytambo his royal estate during the peak of their civilization. The city is 9,160 feet above the mean sea level, and it was an important battleground during the Spanish invasion. With overwhelming weapon advantages, the invader forced Emperor Pachucuti to retreat to Vilcabamba and eventually fell under the control of the Spanish. As the ancient royal estate, ceremonial grounds and military strongholds, including the Temple of the Sun. The temple was built from pink rocks, but the construction was slow due to the difficulties transporting construction materials during the rainy season, and it was completely left unfinished after the Spanish invaded the region.

You can find the carving of Viracocha, the supreme god of the Incas, in the mountain face of Ollantaytambo. Viracocha was believed to be the extreme creator of all things, including the universe, earth, stars, sun, moon, river, and even time. 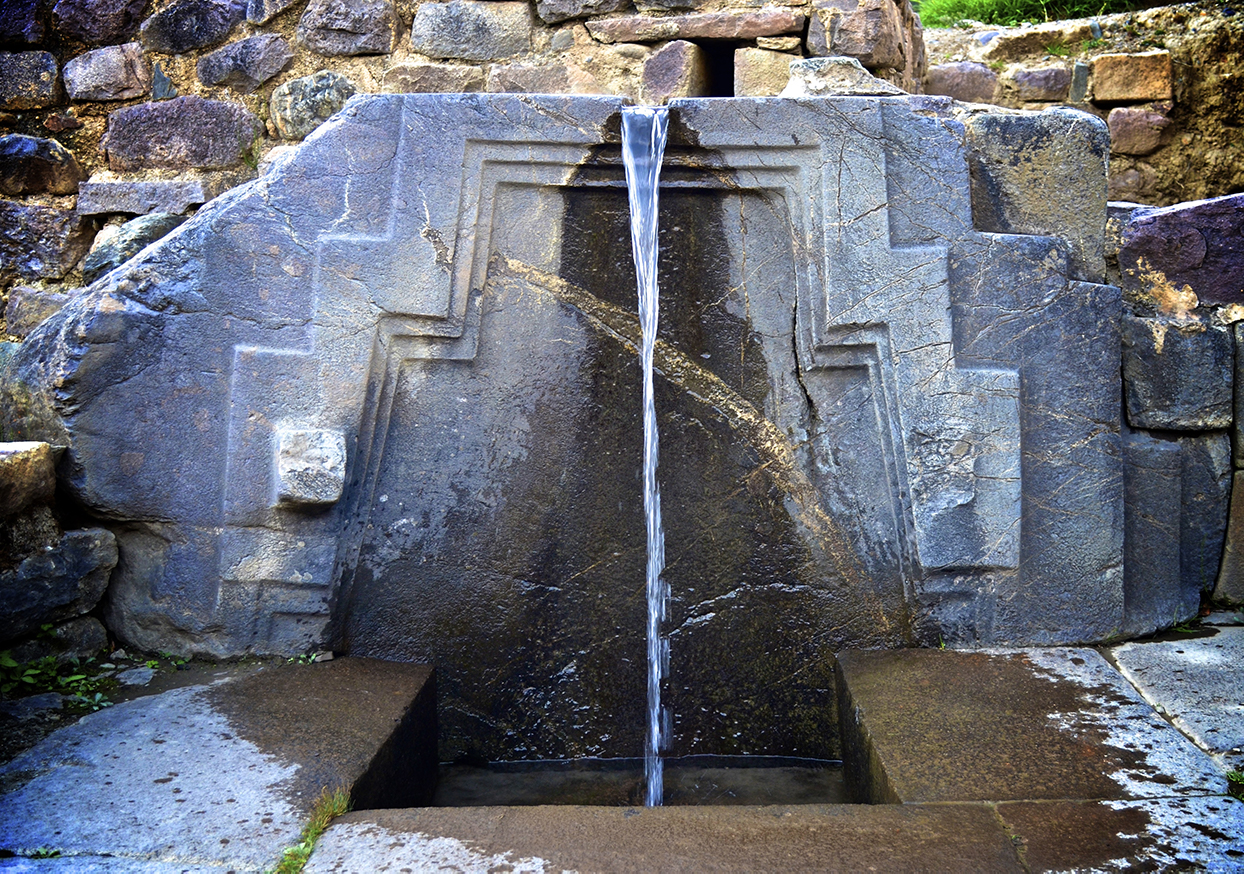 Temple of the Water

The Temple of Water is the ceremonial ground for the Incas to worship Viracocha on winter solstice (the 21st or 22nd December of every year when the night is longer than the day). During the ceremony, sunlight enters the temple’s southeastern window and shine brightly on the water on the altar, symbolizing god’s blessing on life and the new beginning. From Ollantaytambo, catch the Peru Rail or Inca Rail to Aguas Caliente, the outpost city on the path to Machu Picchu. It’s another 25 minutes bus ride from there to the lost city, but if you feel adventurous, hike through the historic Inca Trail to Machu Picchu for the once-in-a-lifetime experience! After a 70 km mult-stop trip, you’ve arrived at the lost city of Machu Picchu, the pinnacle of the Incan civilization! Protected by the Andes, the mysteries and wonders of Machu Picchu began in the 15th century and it is the evidence of the prosperity of one of the greatest ancient empires. However, it was abandoned and got lost in time a century later when the empire was shattered. In 1911, Hiram Bingham rediscovered Machu Picchu, which laid in ruin, and put it back on the map as a historic attraction. Although left in ruins, Machu Picchu reflects the\ engineering and astronomic wisdoms of the Incas. The buildings were built with rocks stacked perfectly on top of one another without the help of modern tools and heavy machineries. Advanced irrigation system also allowed agriculture to flourish in this mountainous terrain. It’s amazing to learn that everything you witness here happen in the 15th century.